The Journey to ‘Cardiff’

In February this year I was made aware of a script that a couple of people in America had sent to Chapter and Everyman Theatre. They wanted someone from Everyman to direct a production to coincide with the return of an unnamed 30-foot metal sculpture that had been placed in the Hayes, Cardiff, in 1972. The play was called ‘Cardiff’. Performed only once in New York in 2016 (and set in Pittsburgh!), ‘Cardiff’ sounded like it was ready to be brought home.

At the time I was leading a project to increase Everyman’s diversity. Equality and human rights are a particular passion of mine.

It struck me that the play might provide an opportunity to represent Cardiff in all its 1972 diversity.

Intrigued, I researched the play. At its core is a sequence of audio tapes made by the sculptor Garth Evans in 1972: he anonymously recorded passers-by as they reacted to his mammoth ‘Untitled Sculpture’, which had just been placed in The Hayes for six months as part of a ground breaking, UK-wide sculpture project

I discovered that Evans had since reflected on his experience.  In his book The Cardiff Tapes (1972), he states, ‘what struck me was that the speakers could have been responding to almost anything that was unfamiliar and alien, not to a particular work of art, but to anything they did not recognise and could not name.’

Thrilled, I set about identifying a diverse cast. Many emails, phone calls, stopping random people in cafes and corridors later (at one point I considered standing in the Hayes where the sculpture had stood and ‘recruiting’!), I ran two casting workshops with the support of Chapter and Everyman.

The result is a diverse cast including some who have performed at a high level and some for whom this will be their first performance. This is a truly inclusive experience with an inspiring group of people. 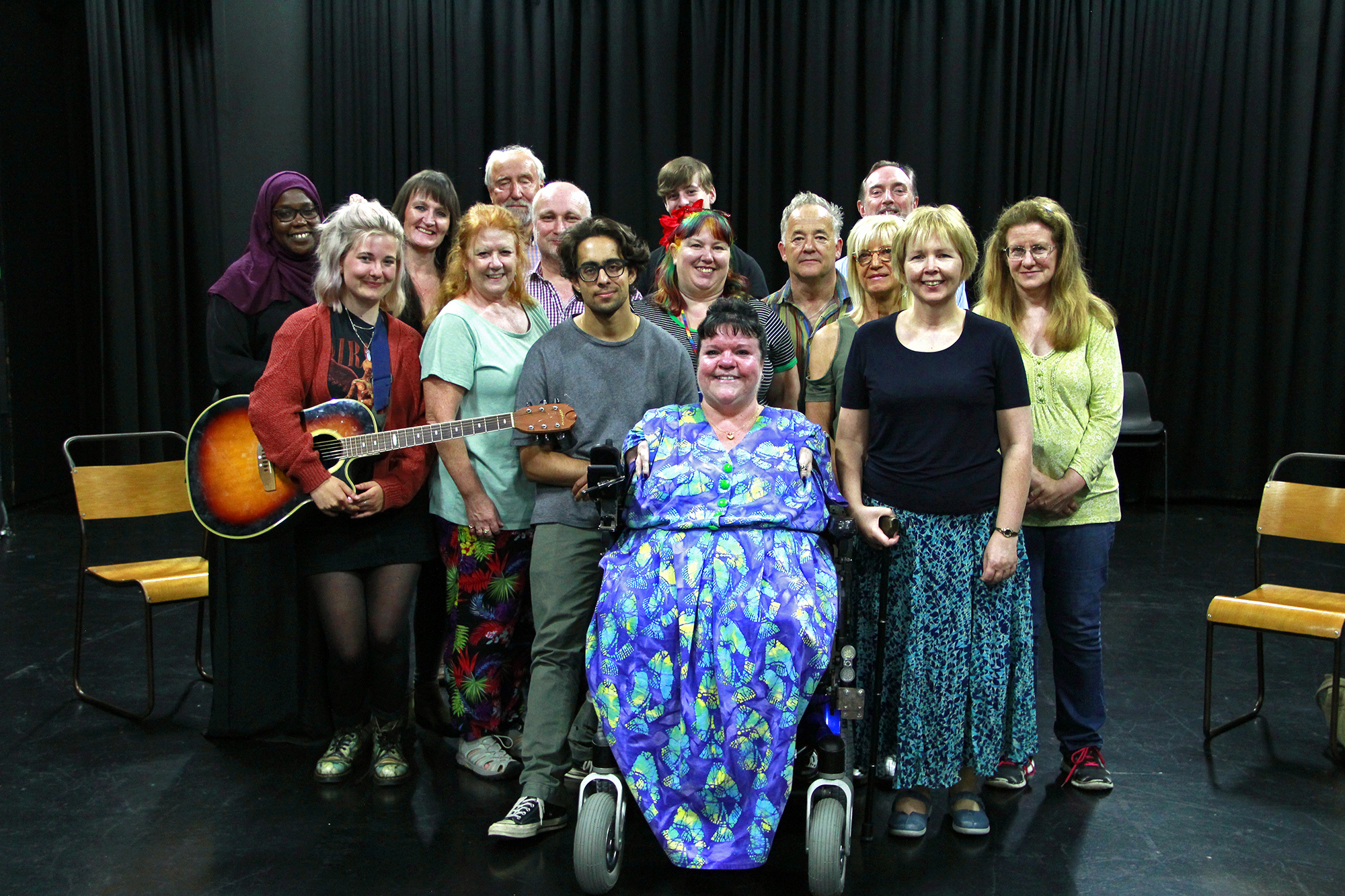 The casting workshops were great fun and threw up excellent ideas and a lot of enthusiasm. People were each asked to research a fact about 1972 that said something about them as individuals. Facts ranged from ‘Bloody Sunday’, the forceable expulsion of Asians from Uganda, the thalidomide scandal and the first gay pride march to Led Zeppelin playing the Capitol Theatre in Cardiff and the last man to walk on the moon.

1972 was an interesting year. In 1972 the top 5 TV programmes by viewing ratings included Miss World and Love Thy Neighbour. Other shows that debuted included Are You Being Served and Shut That Door. This made me think about an almost casual approach at the time to sexism, racism and sexual stereotyping.

It struck me that in 1972 we were just about to vote on entry into the Common Market. In 2019 we are about to leave. In 1972 racist graffiti was daubed across the Hayes and on the sculpture itself – ‘Asians Out’. ‘Keep Britain for the British’ demonstrations were taking place as a rallying cry against immigration. Sound familiar? In 2019, each week we hear a different report of racism at football grounds and on social media. Only a few months ago the home of a 10-year-old boy was daubed with ‘No Blacks’ in Salford. Recently two lesbians were beaten up on a London night bus. Disability harassment persists. Immigration arguments continue to dominate.

My vision has been to connect the past with the present, to provoke thought, through the natural humour and ordinariness of the people who stopped to comment.  To make people think.

By researching the Hayes of 1972, we have produced a series of lively vignettes based around the snack bar, the bookies, the Duke of Wellington, David Morgan, the Mill Lane fruit n’ veg stall and of course Caroline Street. This is all accompanied by a soundscape and some powerful and evocative imagery. 1972 was an epic year - Ziggy Stardust – need I say more?!

I challenged the cast to explore their characters. To bring them to life. Each of the cast plays more than one role. They have done this wonderfully and can’t wait for people to see the result.

The play is now called The Cardiff Tapes which gives a more accurate nod to what it’s based on. I am truly grateful to the cast, crew and the supporting teams from the US, Chapter and Everyman for making this a reality.

Please come and see us at Chapter from 19 to 21st September in the Seligman Theatre. Tickets are available now.