This month, we celebrate St David’s Day by finding a selection of Welsh films for you to enjoy from home. We’ve compiled a list of some wonderful contemporary Welsh films and paired them with exclusive discussion from the filmmakers. We’ve also taken a look back at some of the best films made in Wales over the last 125 years. At the National Library in Aberystwyth, a devoted team of librarians have been working hard over the past few years digitising films that have been made in Wales. Many of these films have screened in Chapter over the years, but some of them we’ve recently discovered whilst looking through the vast collection in the archive. 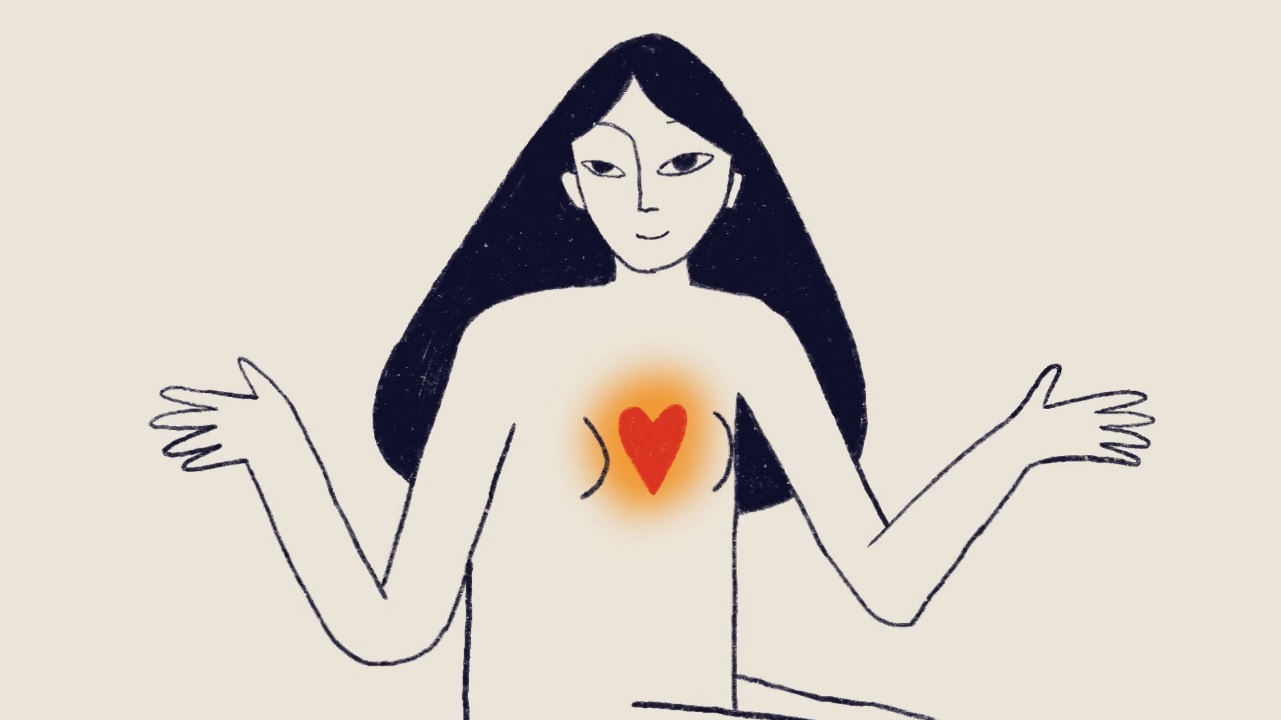 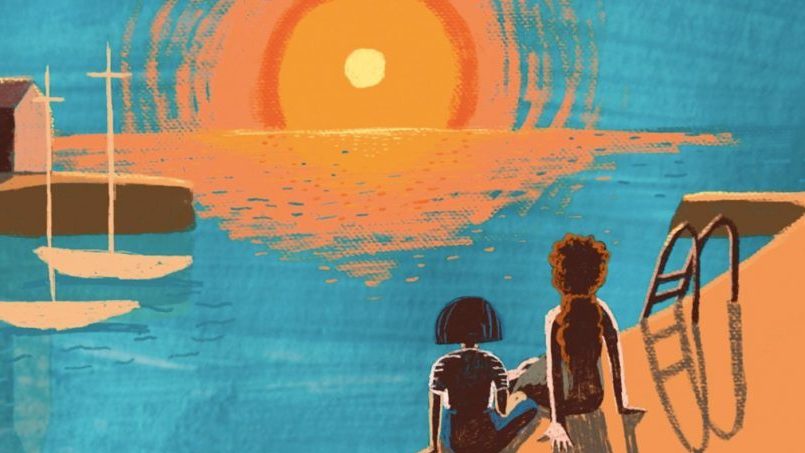 Cwch Deilen (The Leaf Boat)
Wales | 2019 | 9’ | NC | Efa Blosse-Mason
Love can be scary, but it can also one of life’s great adventures. Heledd and Celyn navigate the undiscovered and murky waters of entering a new relationship and conquering demons of the deep in this bewitching animation.
Streaming on BBC iPlayer
+ Watch Q&A with Efa Blosse-Mason on the Chapter Player 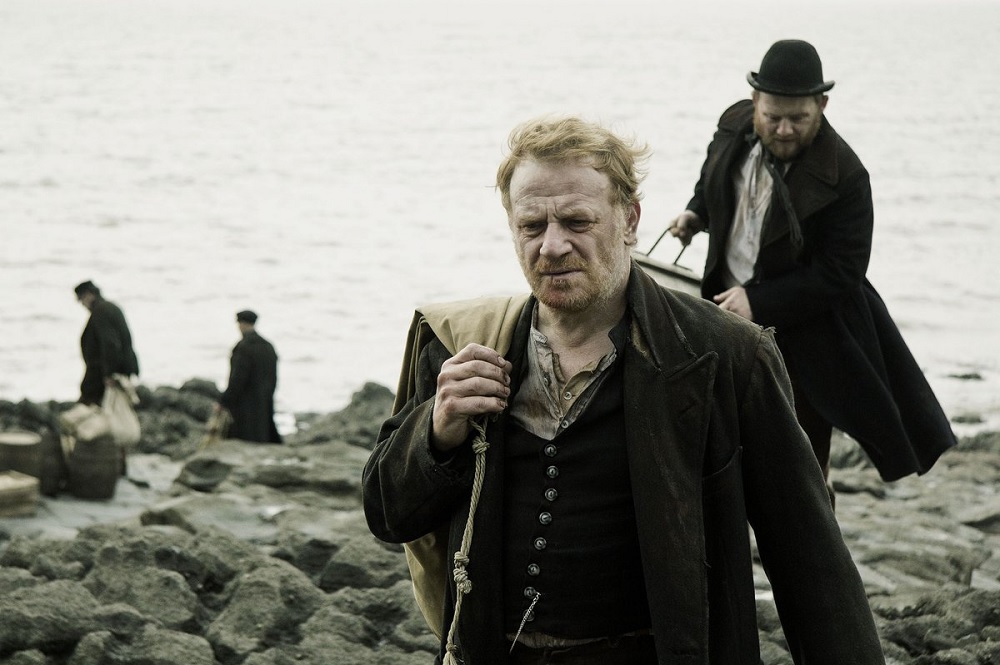 The Lighthouse
Wales | 2016 | 98’ | 15 | Chris Crow | Mark Lewis Jones, Michael Jibson
Stranded at sea, two lighthouse keepers descend into the dark of madness. Based on the true story of Smalls Lighthouse in West Wales, where two men were left alone for many months due to a freak storm and what happened to them inspired one of the most chilling tales in maritime history.
“The Lighthouse is one of the best locked-room dramas that Britain has ever produced, and it works as an impressive showcase of the talents behind it.” Film Inquiry
Streaming on BBC iPlayer
+ Watch Q&A with director Chris Crow on the Chapter Player (link to follow soon) 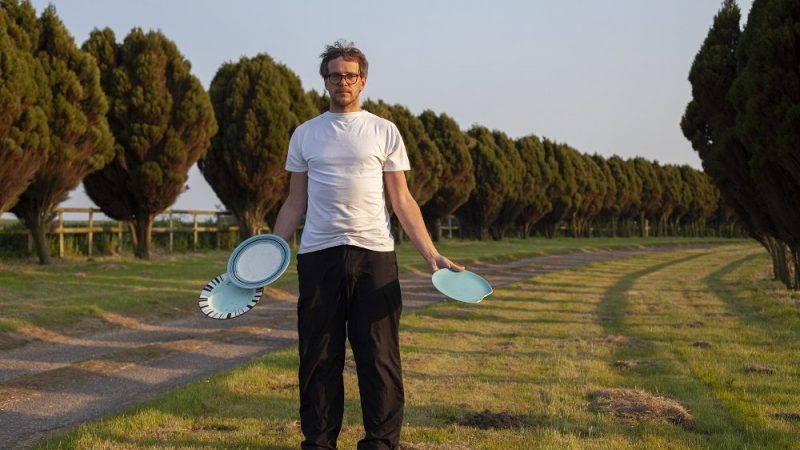 Go Home Polish!
Wales | 2019 | 20’ | NC | Ian Smith
Photographer Michal Iwanowski embarks on an epic journey back to Poland. Noticing graffiti scribbled near his Cardiff flat, he documents his trek back to see his mother and birthplace and reflect on how he and his ideas of home in both countries have changed. This beautiful film was Chapter’s entry into the Best of British shortlist at the 2020 Iris Prize Festival.
Streaming on All4
+ Watch Q&A with director Ian Smith and photographer Michal Iwanowski on the Chapter Player (link to follow soon) 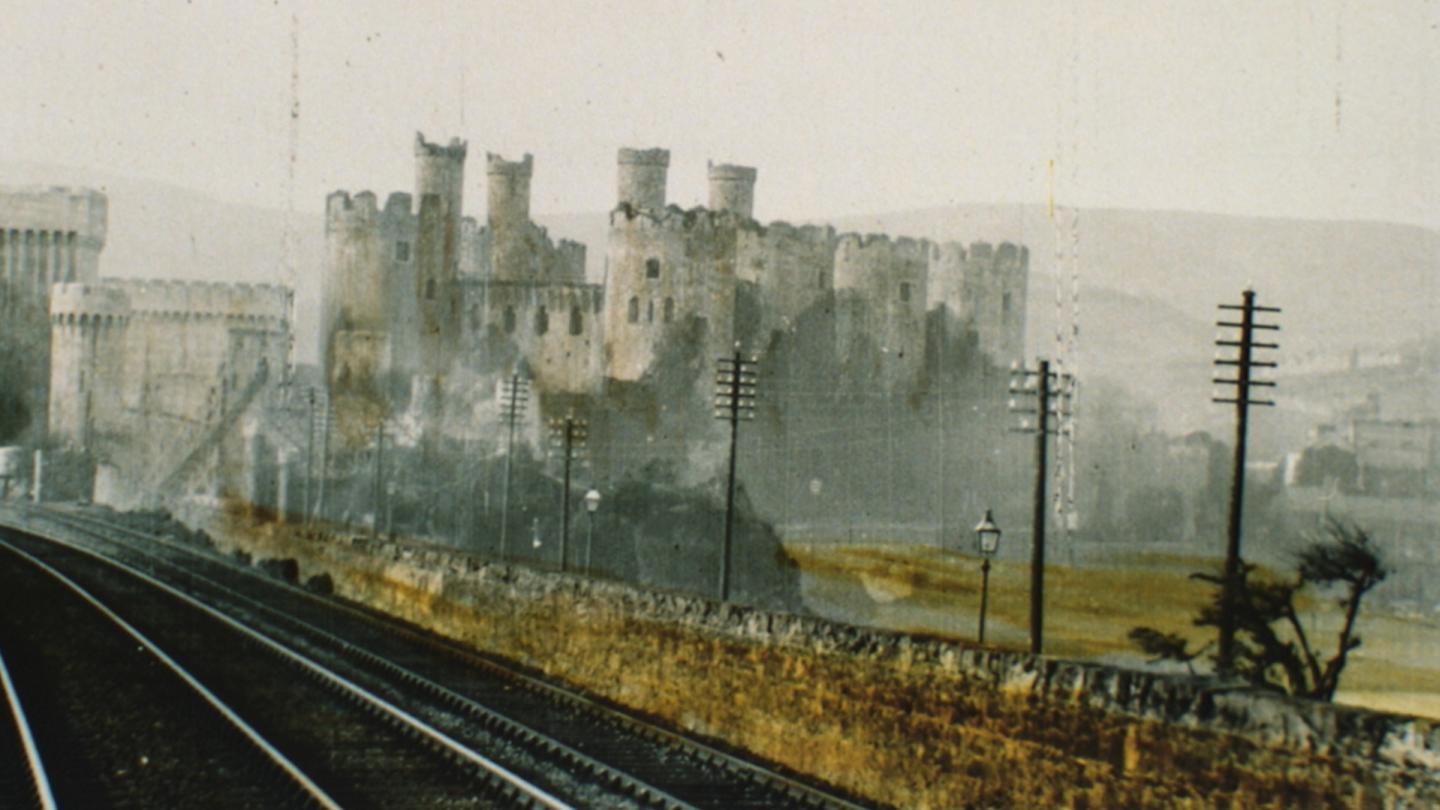 Conway Castle
Wales | 1898 | 2’ | NC
A train rambles through the walls of the great castle, taking in the gorgeous scenery around. A beautiful, dream-like short film, one of the earliest hand-tinted colour films ever made, was very popular and showed all around the world until 1910, demonstrating that Wales was always at the forefront of the global film story.
Streaming on the BFI Player 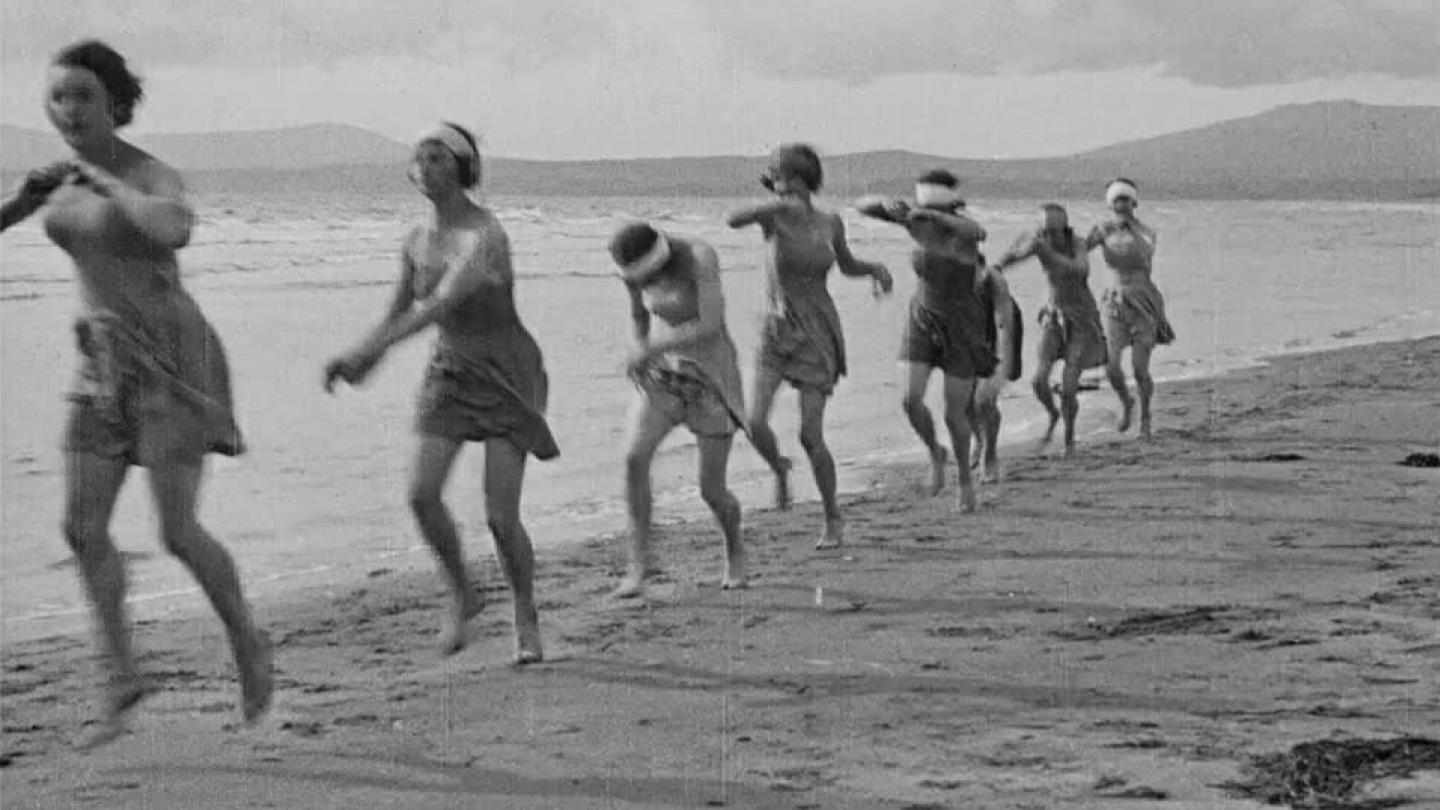 Miss Margaret Morris’ Merry Mermaids
Wales | 1923 | 3’ | NC | Silent
One of the things we miss most about not being in the building is seeing the wonderful little performers of Mandy Morris’ dance school prancing their way up the stairs to class. In this charming short film the students of Miss Margaret Morris’ show off their moves on the beach at Harlech.
Streaming on the BFI Player 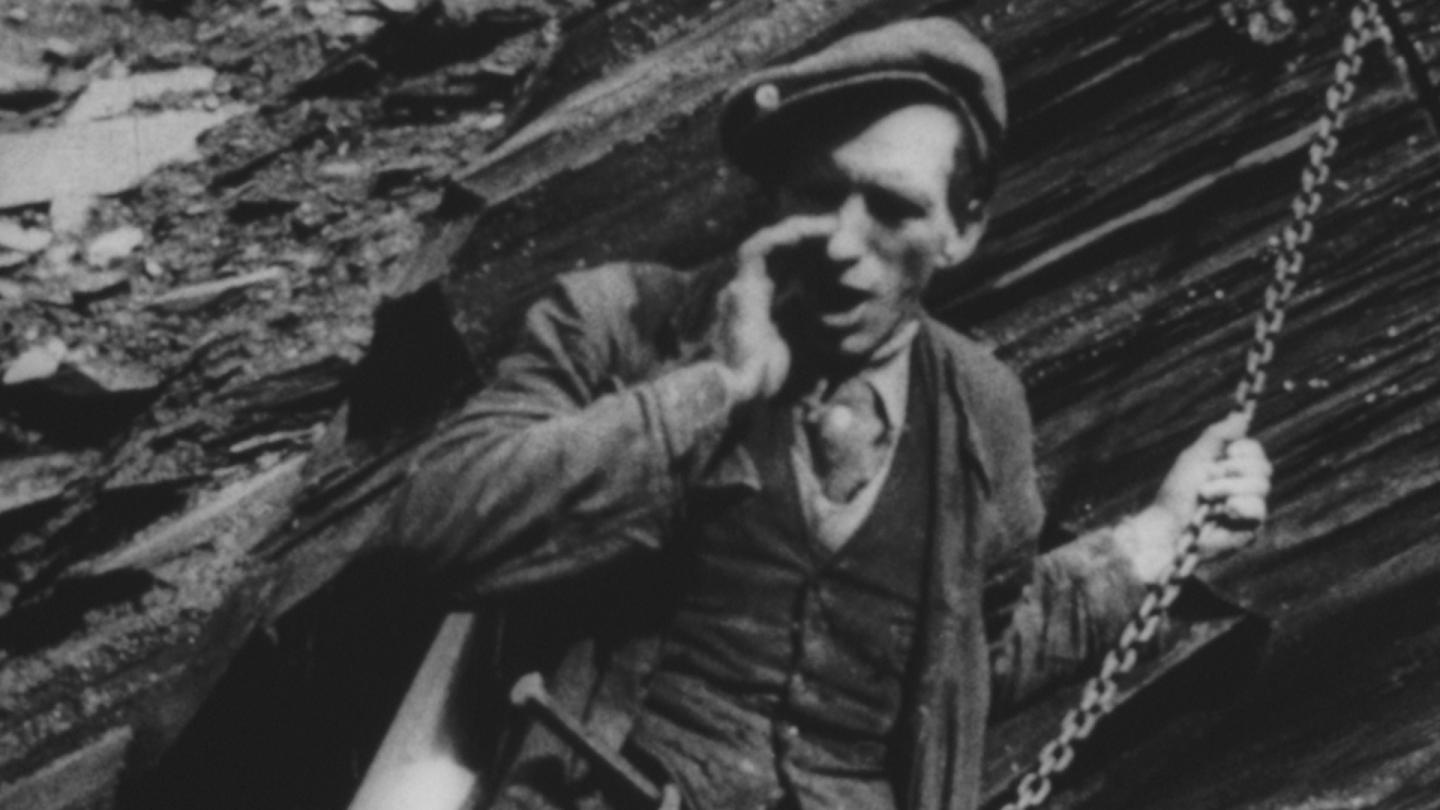 Y Chwarelwr
Wales | 1935 | 34’ | NC | Welsh with Subtitles | Ifan ab Owen Edwards
In the first Welsh language “talkie” we spend time with a slate quarryman from Blaenau Ffestiniog. Slate is the lifeblood in the town, but its dust can be deadly, with a painful legacy for family and society. A drama portraying aspects of life – work, home, chapel, courtship – and indicating the importance of education to the younger generation. The story highlights the hardships and tough choices that were part of life in such a society, alongside its cultural vibrancy and community spirit. Unfortunately the fourth reel of the film is missing, but the sound was kept on a separate disc which allowed Cwmni Da to recreate the final minutes with contemporary actors in 2012, which was shown in the Deep Mine in Llechwedd Slate Caverns.
Streaming on the BFI Player 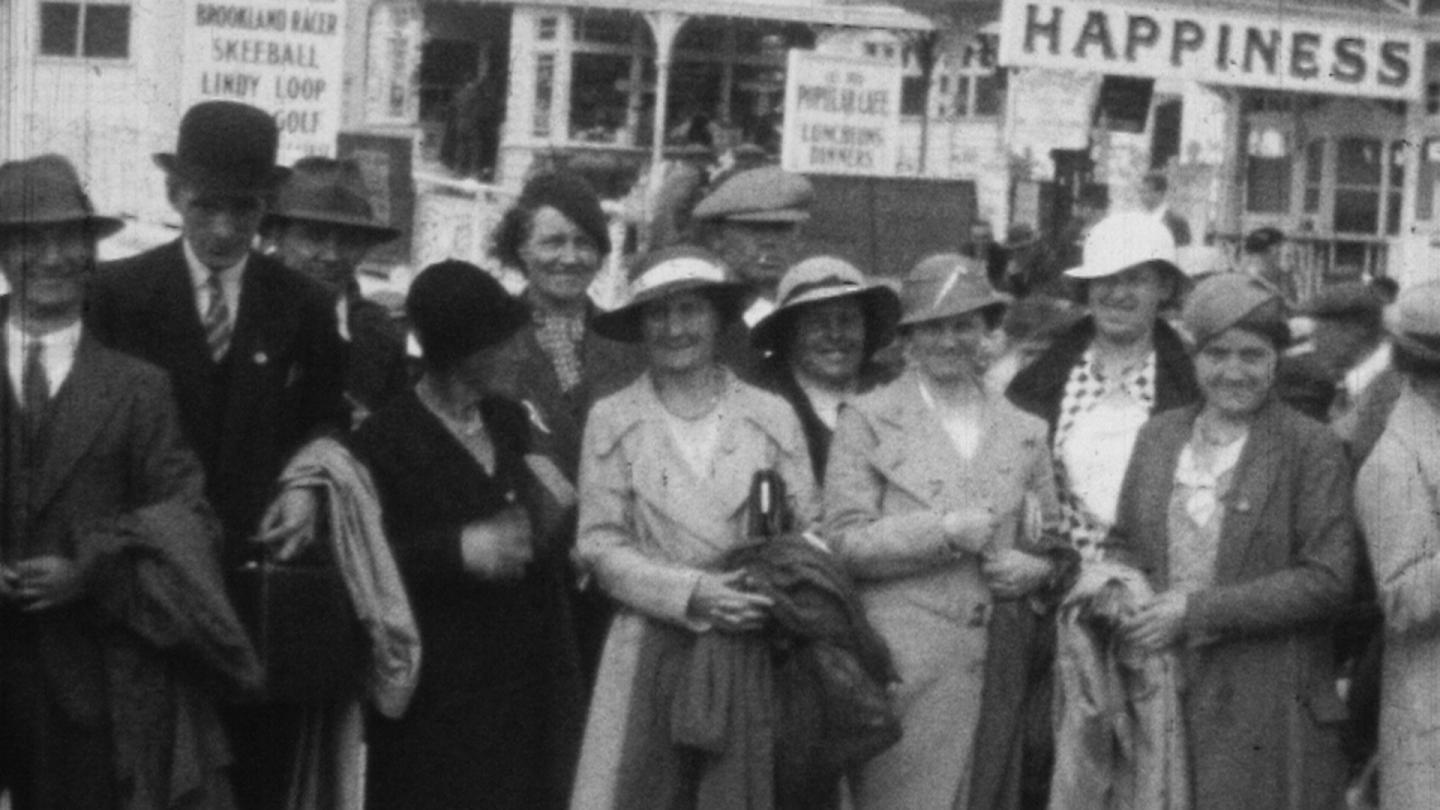 Cardiff Deaf Club trip to Western Super Mare
Wales | 1935 | 13’ | NC | Silent
Enjoying film together has always been an important part of the D/deaf community, as silent film encouraged communication through sign. Film continues to be an accessible and inclusive medium and it is important to make sure D/deaf audience members can still enjoy film together. This is a lovely film showing Cardiff Deaf Club members having fun at the seaside between the two wars, with lots of signing on screen, something not seen enough even now on our screens big or small.
Streaming on the BFI Player

You might also like to see this lovely film of the British Deaf Assocation Summer School in Harlech in 1954. Watch here 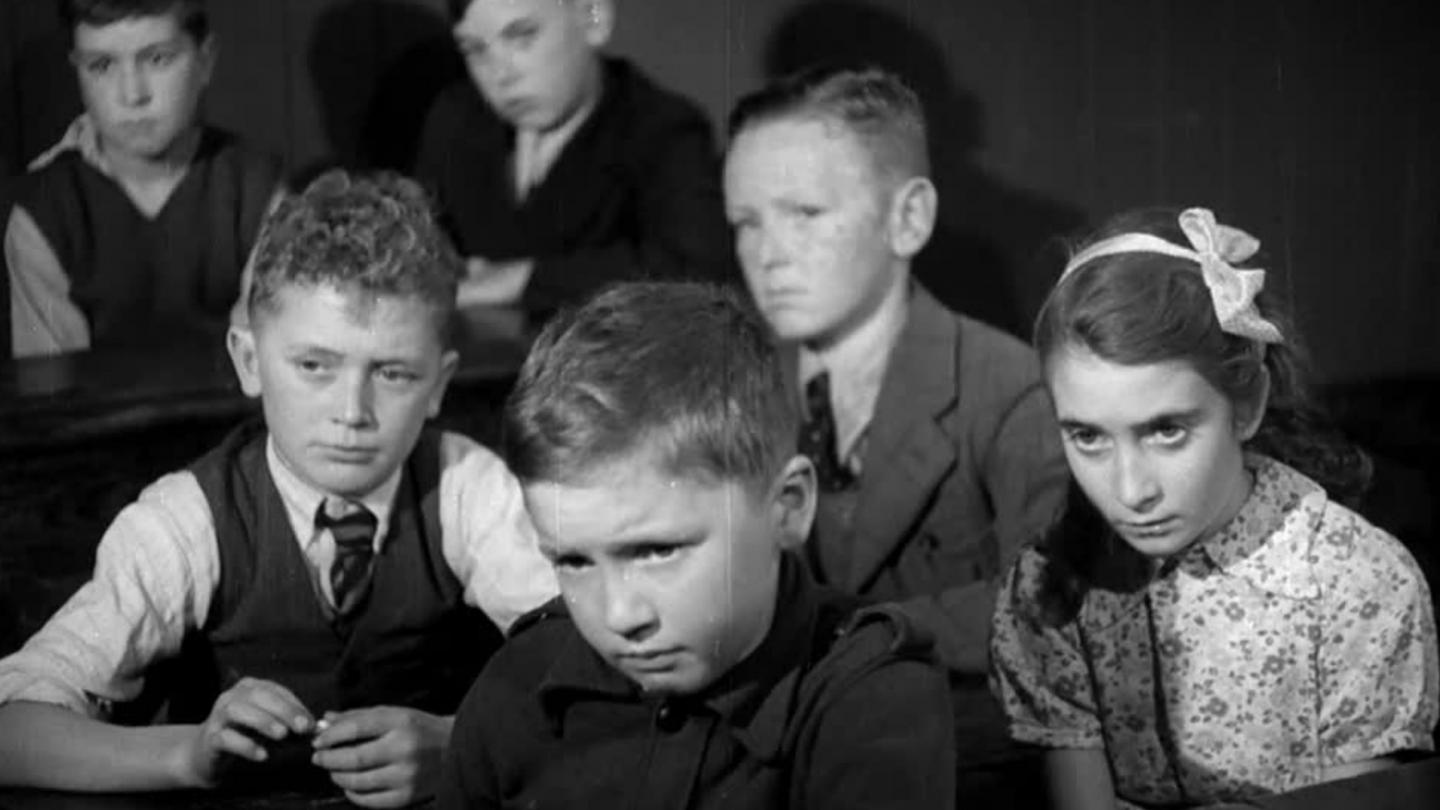 The Silent Village
Wales | 1943 | 36’ | NC | Humphrey Jennings
During World War II Nazis invade a Welsh mining village, destroying the town. This powerful film, recreating the massacre at Lidice, Czechoslovakia, where a similar town had lost its entire population leaving nothing but a ghost town in its place a year earlier, was conceived by the great documentarian Humphrey Jennings to raise awareness of the tragedy. The real villagers of Cwmgiedd took the place of the citizens of the Czech town, adding an element of dignity and empathy to the story. This film resonates through the ages, inspiring Owen Sheers to write the novel (and later screenplay) for Resistance, released in 2011 starring Angela Riseborough and Michael Sheen.
Streaming on the BFI Player 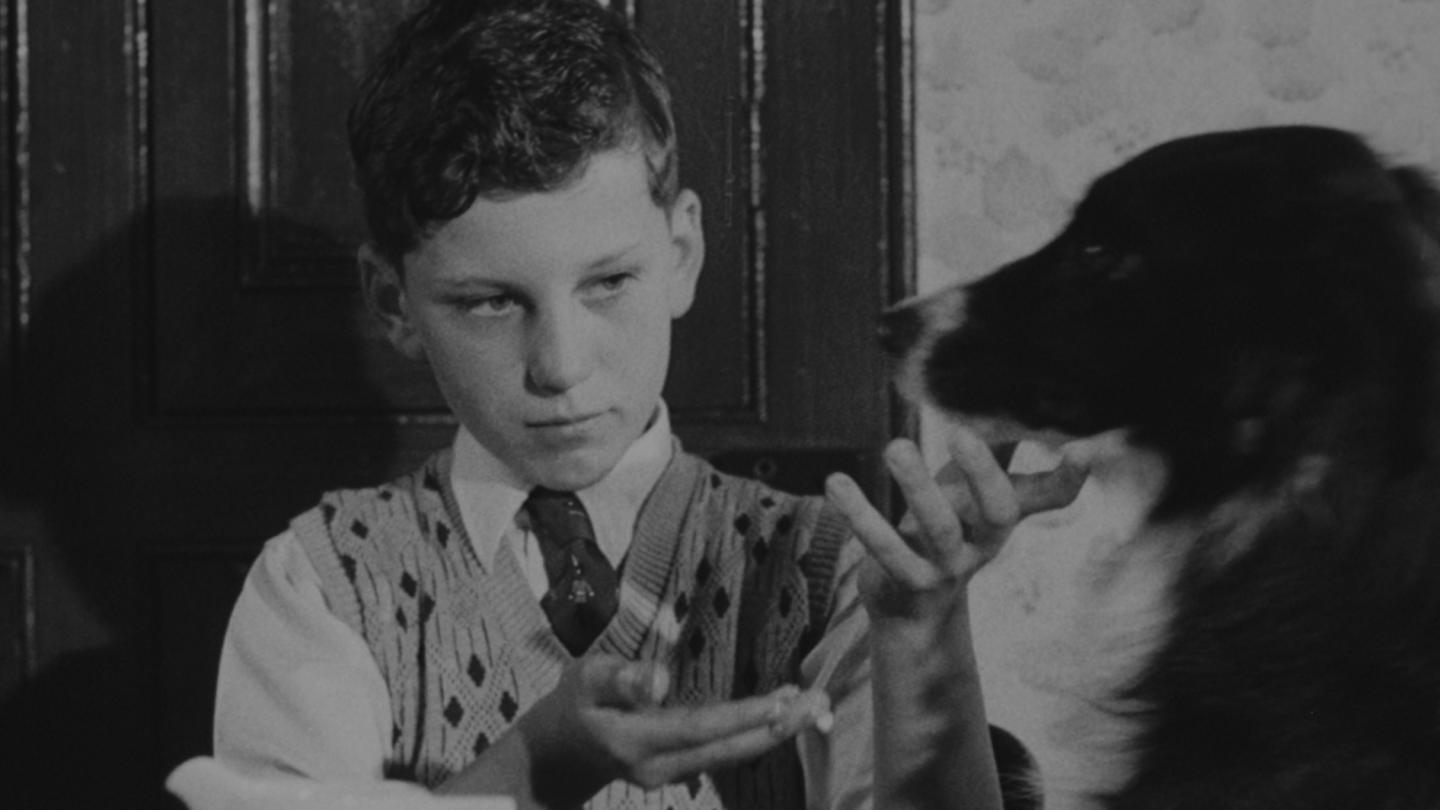 A Letter From Wales
Wales | 1953 | 15’ | NC | Welsh with subtitles | Mark Lloyd | Sam Jones, Katie Wyn Jones
A schoolboy in North Wales writes a letter to his cousin in Australia telling him about his life in Llandwrog, going to school, visiting the lifeboat team in Porthdinllaen and playing with the animals on the farm. A lovely snapshot of ordinary life in post-war rural Wales for children, originally recorded in Welsh, with another version dubbed into English.
Streaming on the BFI Player 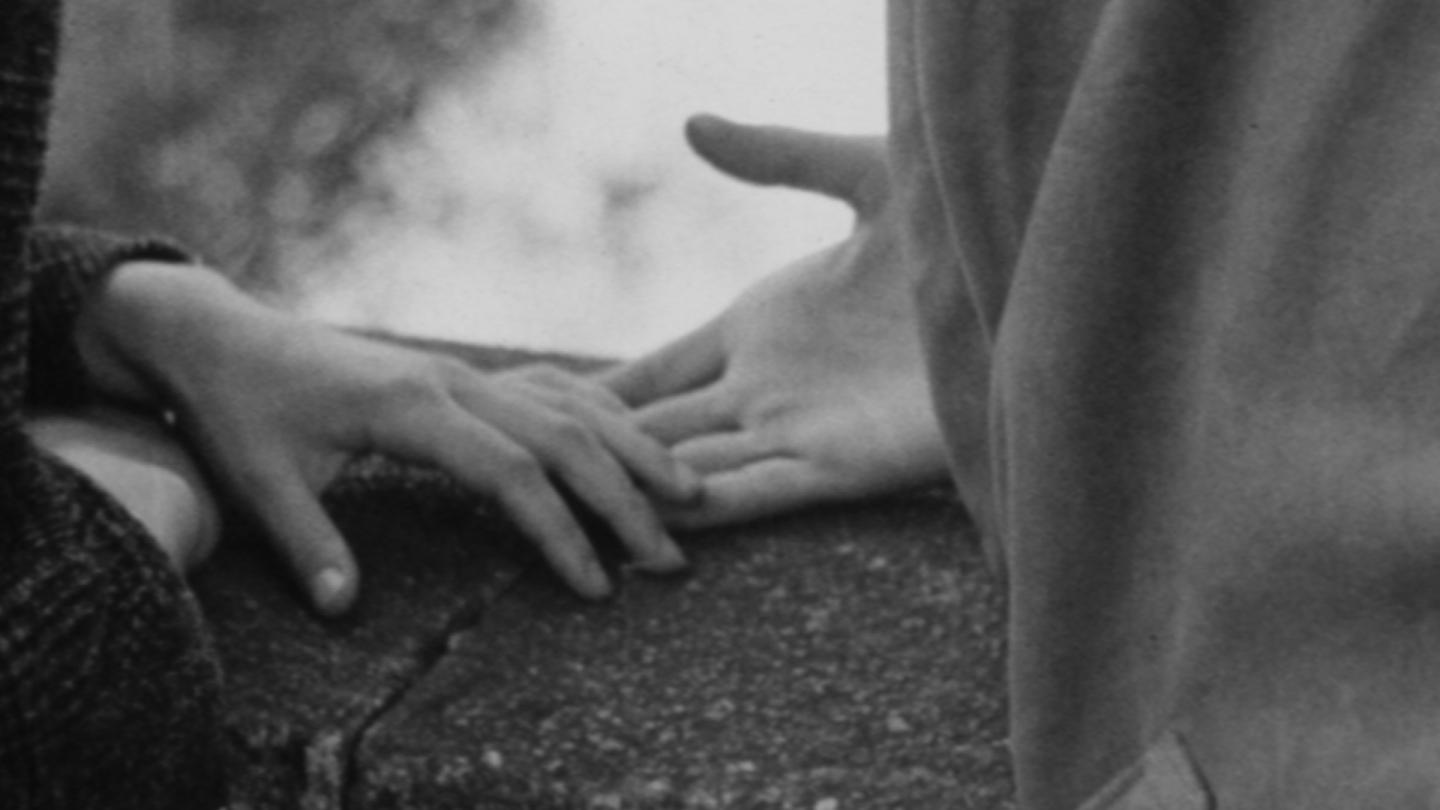 Improvisation on a Beat Theme
Wales | 1960 | 15’ | NC | Harley Jones | Haydn Percival, Elaine Williams
A young man sees a woman in Grangetown and his life is transformed. A charming romance showing the everyday life of teenagers in Cardiff, going to bars, dancing and moping around the city lovesick. With a great score by Mabon Abrahams Jazz Group (who recorded the score live from an improvisation along to the film) the film shows that despite 60 years many things about being a teenager in Cardiff have not really changed.
Streaming on the BFI Player 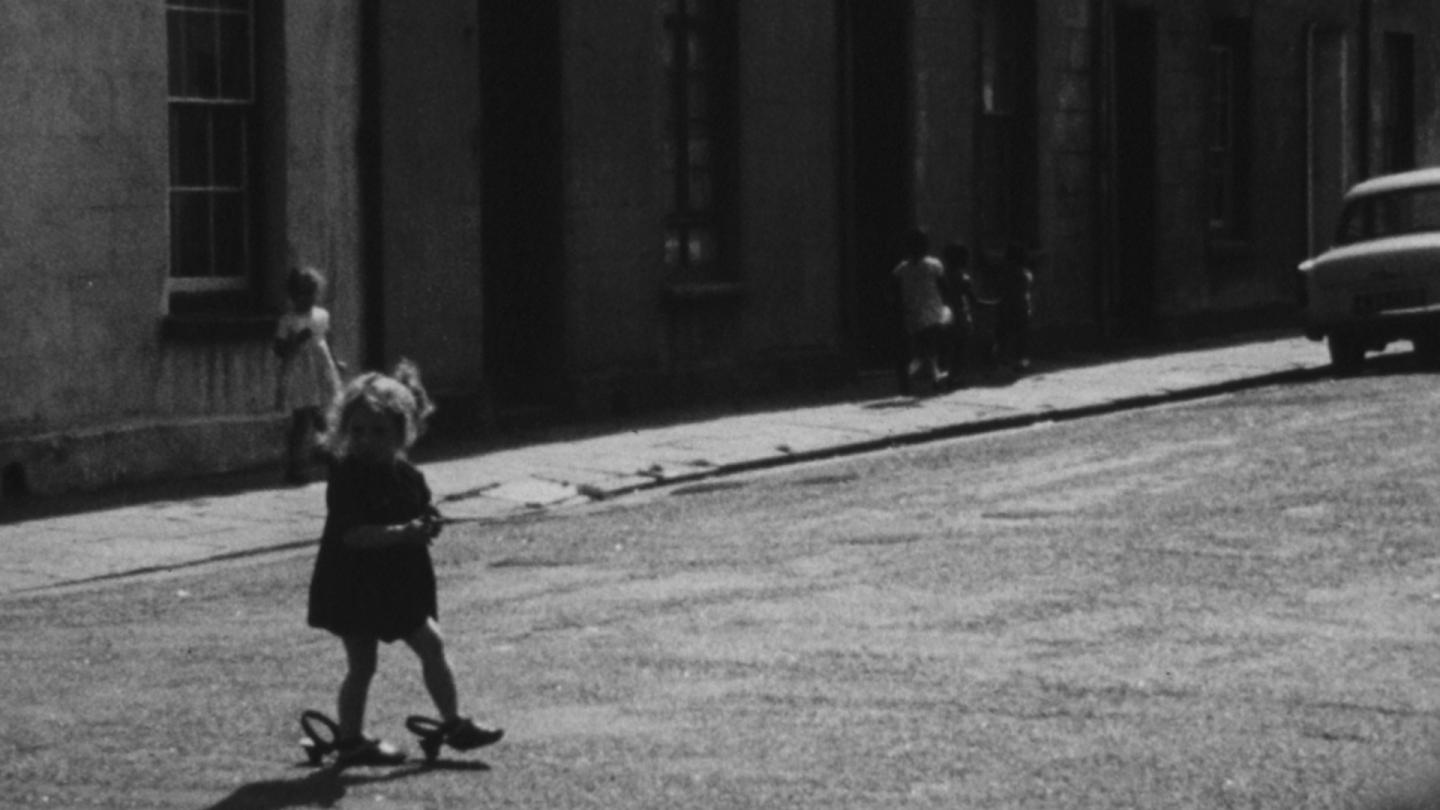 After Many a Summer: The Changing Face of Tiger Bay
Wales | 1968 | 24’ | NC | Harley Jones, Chris Bellinger
Bulldozers tear down a terrace that previously held the community of Tiger Bay, moving them into tower blocks. The new housing is thought to be better quality, but the residents complain that they cannot gather outside their doors in the same way that made the area so vibrant and close. A thoughtful eulogy for a community and a timely look at the perils of gentrification at this time when we are in pause in Cardiff.
Streaming on the BFI Player

If you want to see more of the wonderful South Cardiff community, we highly recommend you watch these lovely films shot by Malcolm Capener on Tiger Bay and the Rainbow Club from 1960. Watch here 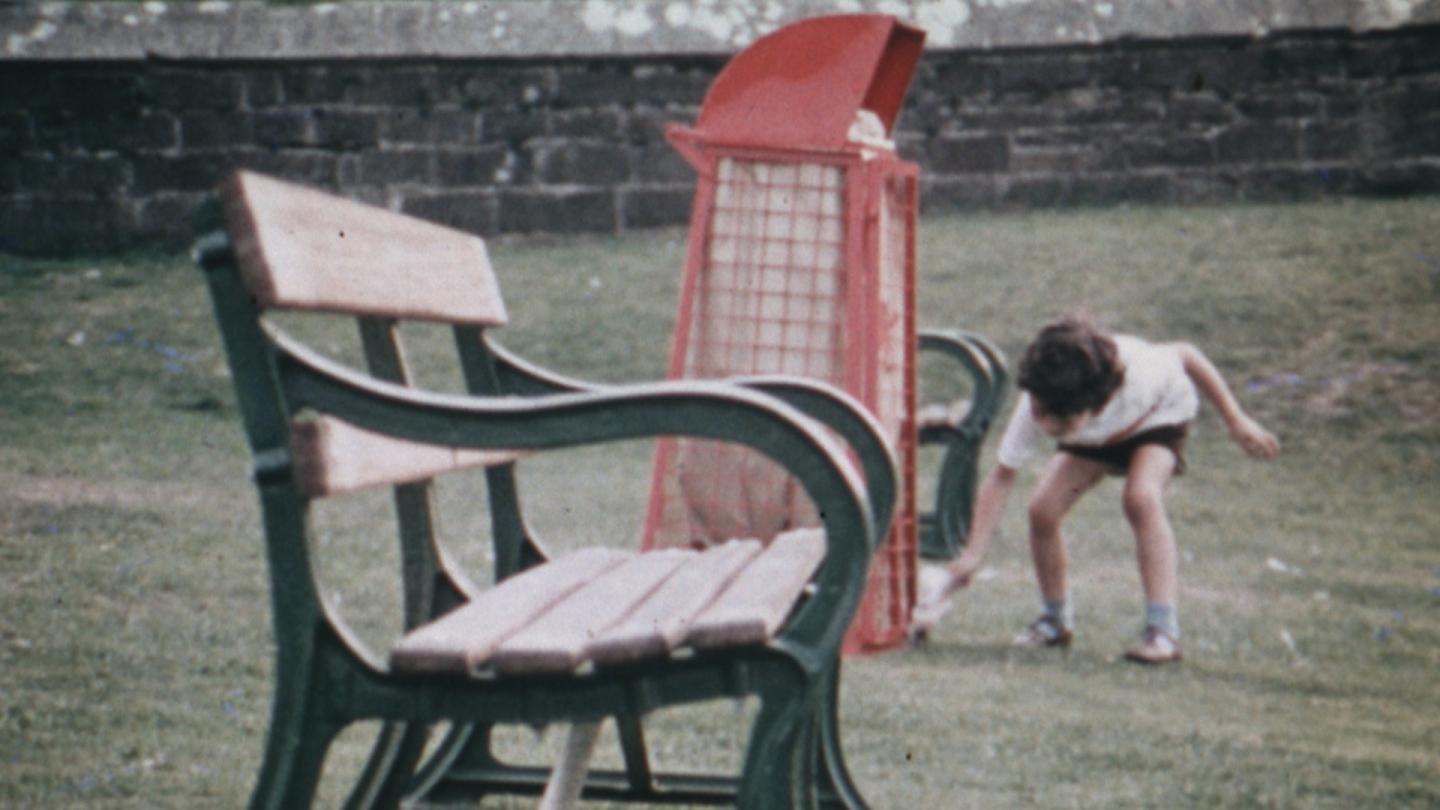 Cadwch Gymru’n Daclus
Wales | 1970 | 1’ | NC
A lovely public information Keep Wales Tidy film reminding us to be responsible with our world.
Streaming on the BFI Player 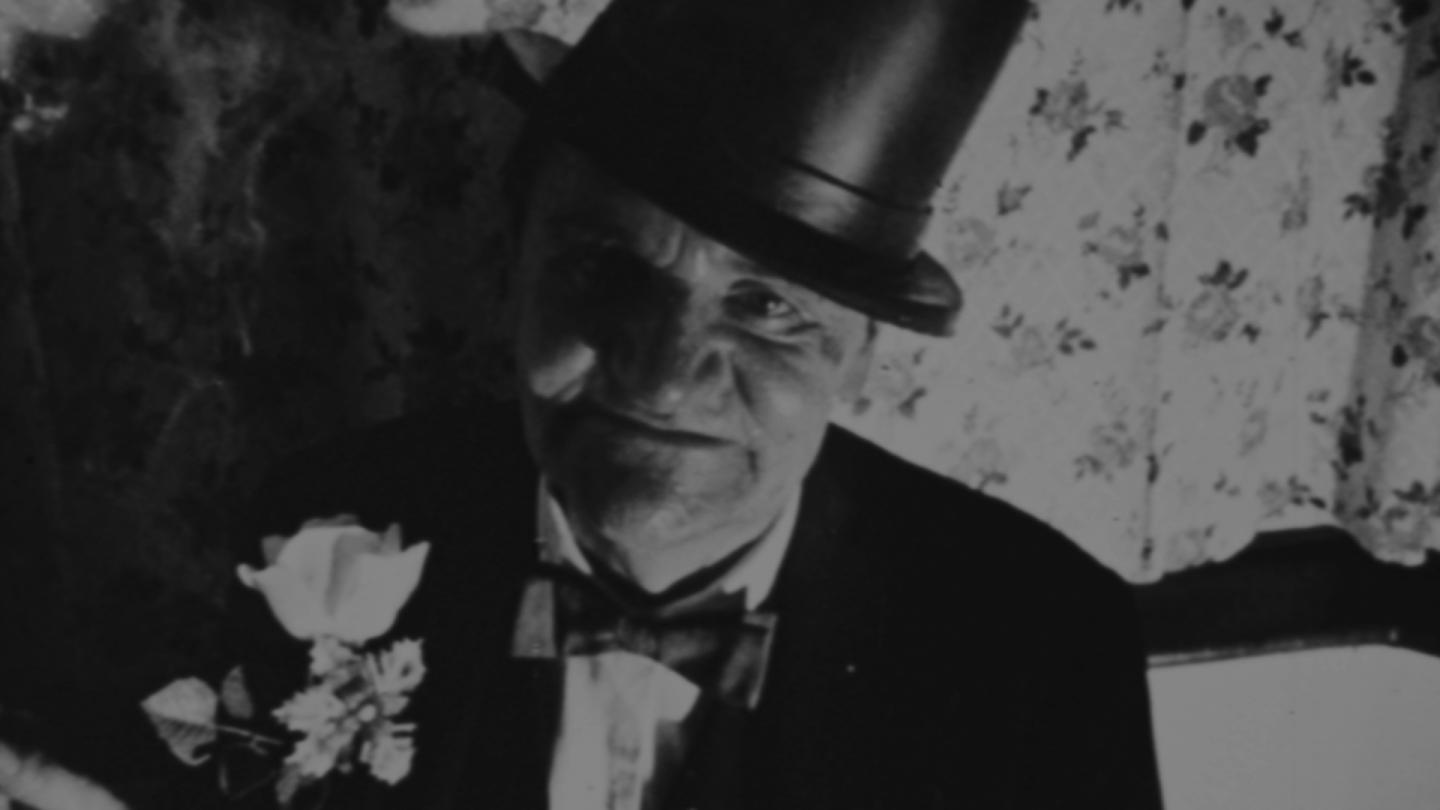 JG
Wales | 1973 | 14’ | NC | Neil White
Cardiff character John Ivor Golding was a familiar sight in the pubs in the city. Newport Film School graduate Neil White met him on day release from Whitchurch Hospital, where he was holding court telling tall tales. He was astonished to discover that many of JG’s stories were true. An open homosexual during the years of criminalisation, he had been a dancer, photographer and spent time in London, becoming the inspiration for Harold Pinter’s The Caretaker. This is a dreamlike celebration of life’s outsiders.
Streaming on the BFI Player 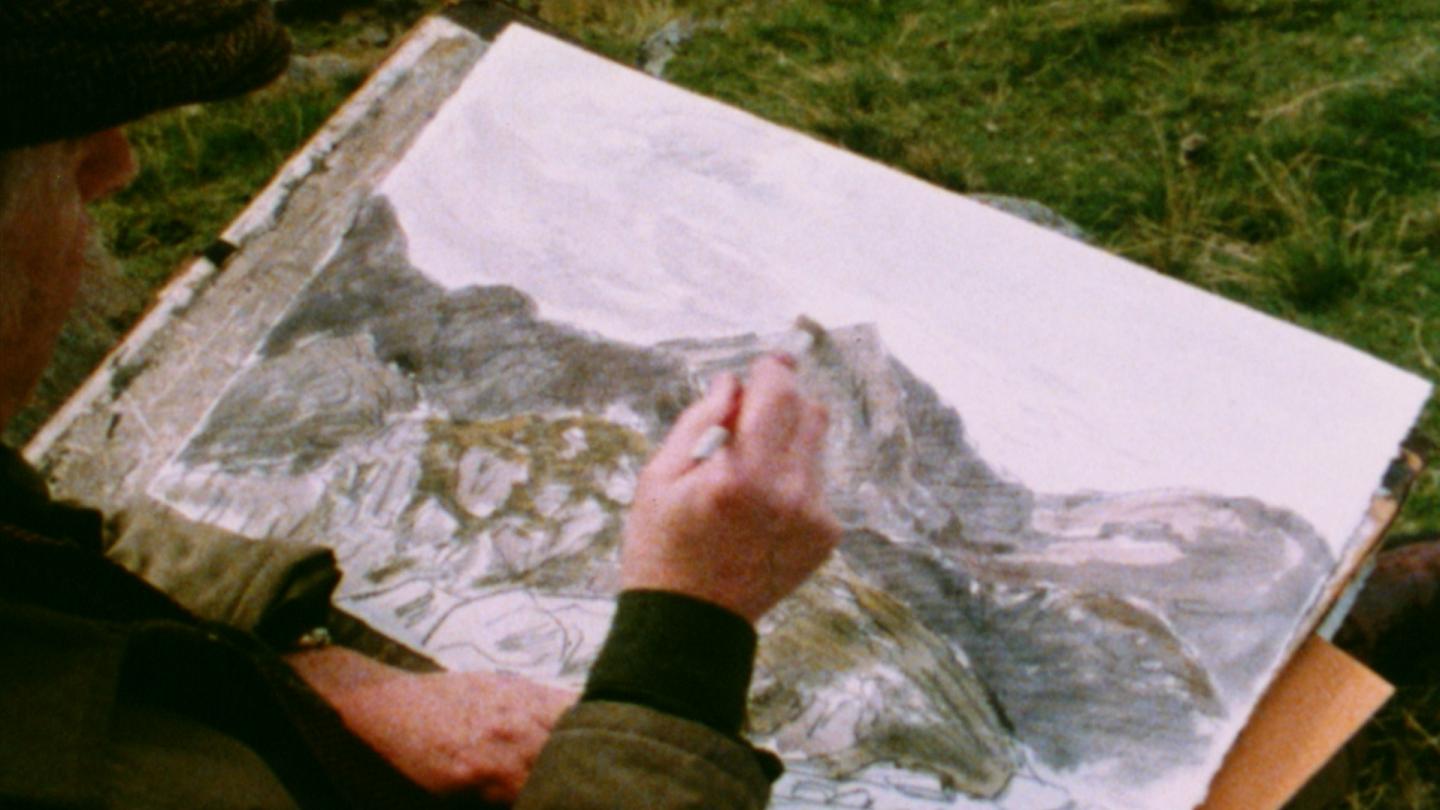 Eyri: Yr Unigeddau Agos
Wales | 25’ | 1985 | NC | Welsh with Subtitles
In the European Year of the Environment the Nature Conservancy Council warden Hywel Roberts takes us around Snowdonia and its residents, including artist Kyffin Williams. Demonstrating that the area is culturally rich, as well as an area of deep historical and geographical importance, this film also demonstrates the confidence in Wales telling stories about itself after the creation of S4C.
Streaming on the BFI Player 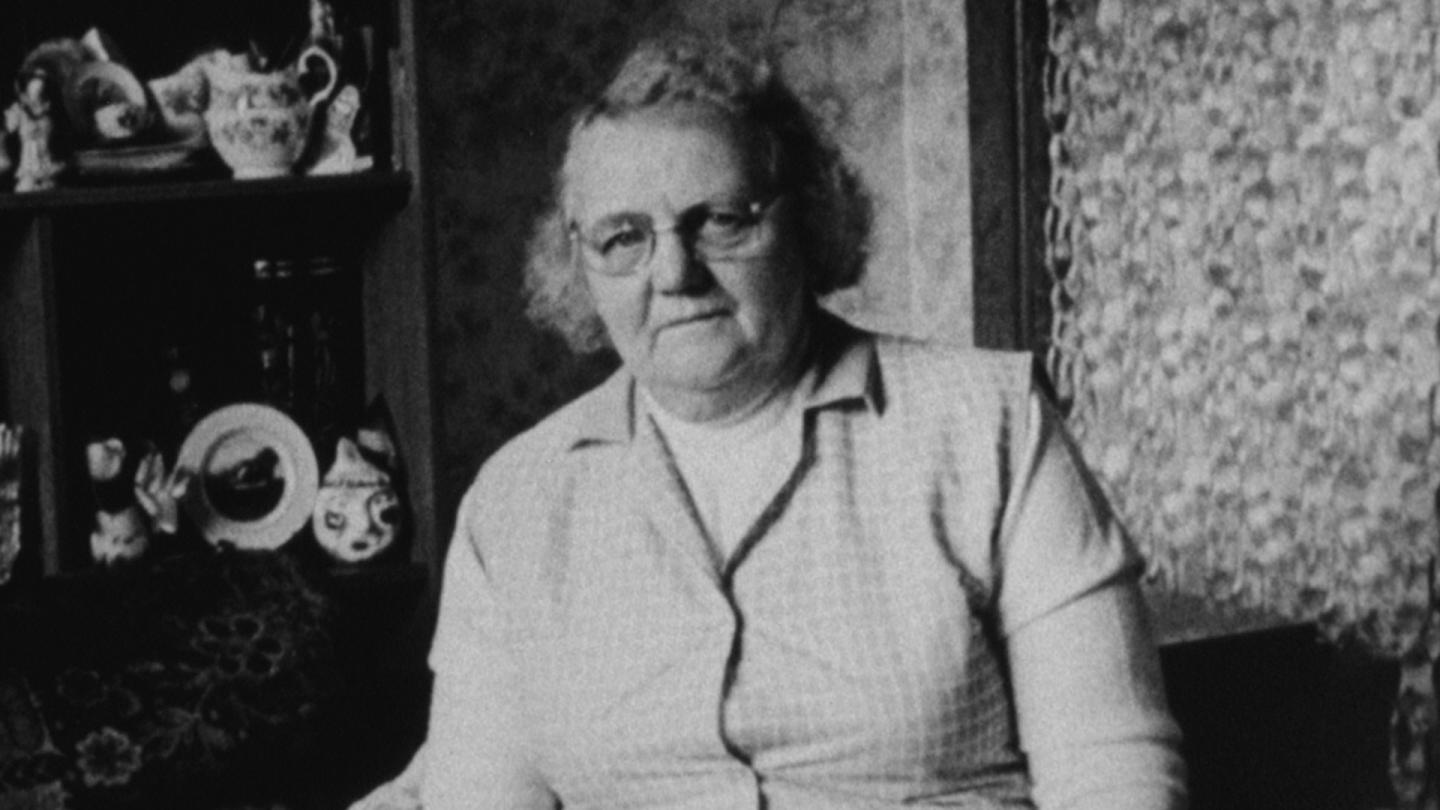 Mam
Wales | 1988 | 55’ | NC | Red Flannel Films | Rachel Thomas
Historians, mothers and daughters discuss the responsibilities and restrictions of the role of mother, which women have not often had a chance to shape for themselves, and hope that certain recent freedoms recently won will be retained and built upon by future generations. A film that discusses women from the eve of modern Wales through to the Miners’ Strike, with dramatisations from the legendary Welsh actresses Sharon Morgan and Rachel Thomas, who herself played the archetypal Welsh Mam in films such as Proud Valley and Tiger Bay. This is a taste of the collective Red Flannel Films, a feminist socialist group of women filmmakers, who are still influencing young artists today.
Streaming on the BFI Player