The Creature is a new play created from development work in prisons and young offender’s units throughout South and Mid Wales, which deals with the origin of knife crime and anti-social behaviour. Director Chris Durnall tells us about the creation of Company of Sirens and Lucy Gough’s new production, which premieres at Chapter on 1st October.

“Last summer, Company of Sirens presented The Wolf Tattoo by Lucy Gough, a powerful and vital new play dealing with the consequences of knife crime and the dangers of gang culture amongst young people. The play concerned groups of youths hunting in packs to survive, young people whose moral compass had either left them or had never been recognised.

What survived in this bleak scenario was love: love for each other and the creation of their own set of values. They became feral yet by their own standards moral, and comparisons were made with some of the dystopian plays of Philip Ridley and Anthony Neilson.

This autumn we present what might be considered its follow up, The Creature. The play deals with the origins of youth offending and the crucial issue of knife crime in our communities. It explores the effects of family and upbringing and asks if a monster is either born or created.The play is loosely based on the novel Frankenstein by Mary Shelley, with the central  relationship being between a boy and his father. The boy has committed a terrible crime and, like Shelley’s creature, has no remorse. His answer to the question ‘Why’ is, “Misery has made me a fiend”.

In January 2019, Company of Sirens visited prisons in South and Mid Wales. We worked with inmates and invited them to contribute creatively to the making of the play. We visited Parc Prison in Bridgend for a week of discussion and workshops; at the beginning there was a natural resistance from prisoners to involvement and a sense of mistrust: why were we here? Were they being used only to be dropped like a hot potato at the end of the week?

This resistance slowly began to break down as we formed a rapport with the inmates and when they began to trust our intention, the floodgates opened and their opinions and creativity began to emerge. One telling response to script development was “tell me what I have to do and I’ll do it”. The shame we felt was that we couldn’t develop the interest we had started. With the play however, the work has left a legacy.

Many expressed the opinion that they had been failed by the education system and pointed to school as the time they began to feel worthless.

We also worked with Ceredigion Youth Justice Service, which is made up of trained professionals from a wide range of services including the police and Social Services. The YJS assess and support young offenders aged 10-17. Through our work we found that many seemed out of control. It was clear that parents and carers were often at the end of their tether.

The play was written in the intervening period informed by this contact with young people. In casting the play we have looked for a combination of experience and actors new to the profession from a variety of backgrounds.

The ‘boy’ is represented by more than one performer, showing multiple facets of his personality. It is an extraordinary piece of writing that is at times vicious, yet lyrical at the same time. It is also against the odds very funny.

It is an important play for our times that raises questions of nurture, parental responsibility and what it is that makes us human.

The play features music from outsider musician and artist Daniel Johnston, who was a great favorite of Curt Cobain (Nirvana). It also features an original soundscape created especially for the production.” 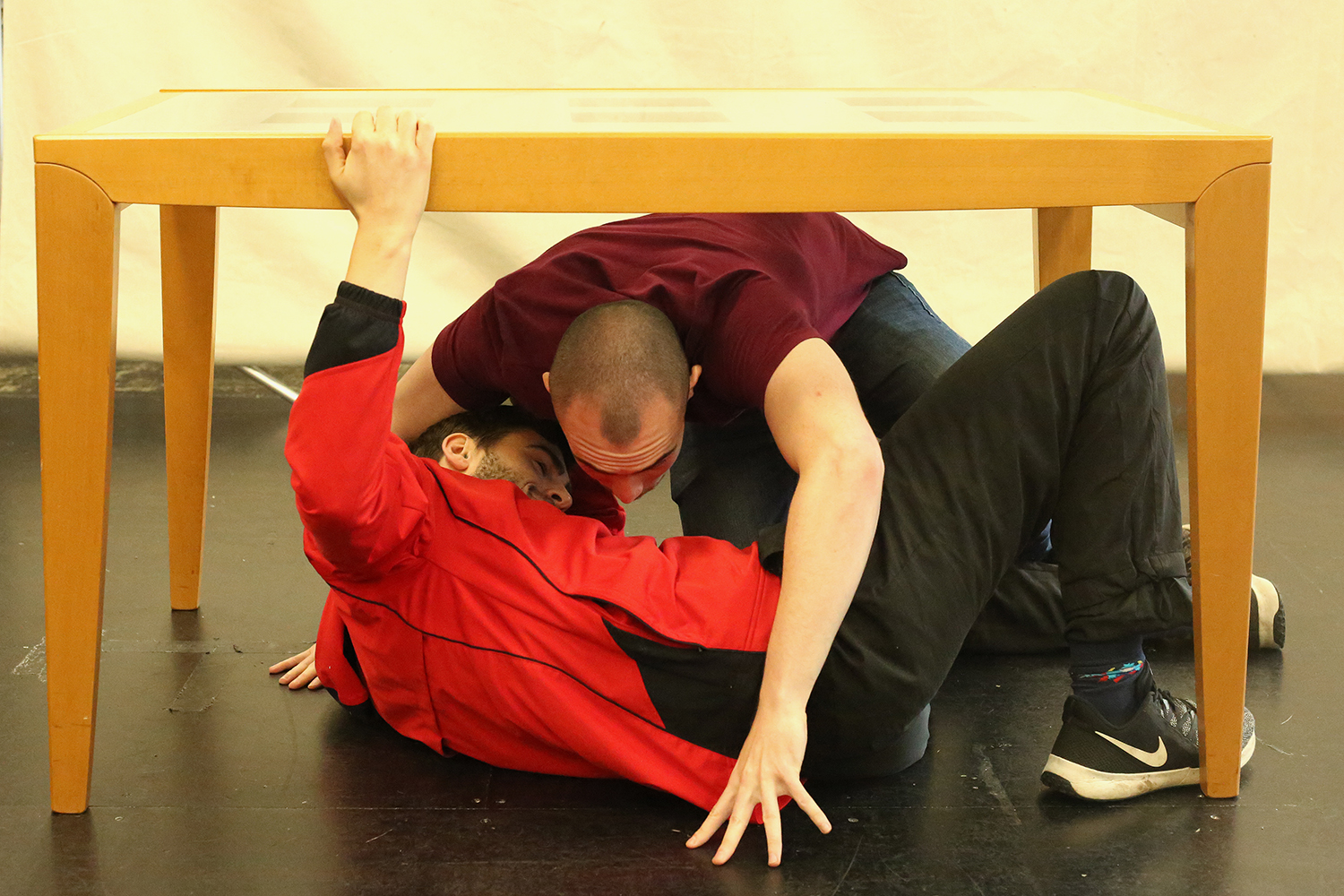 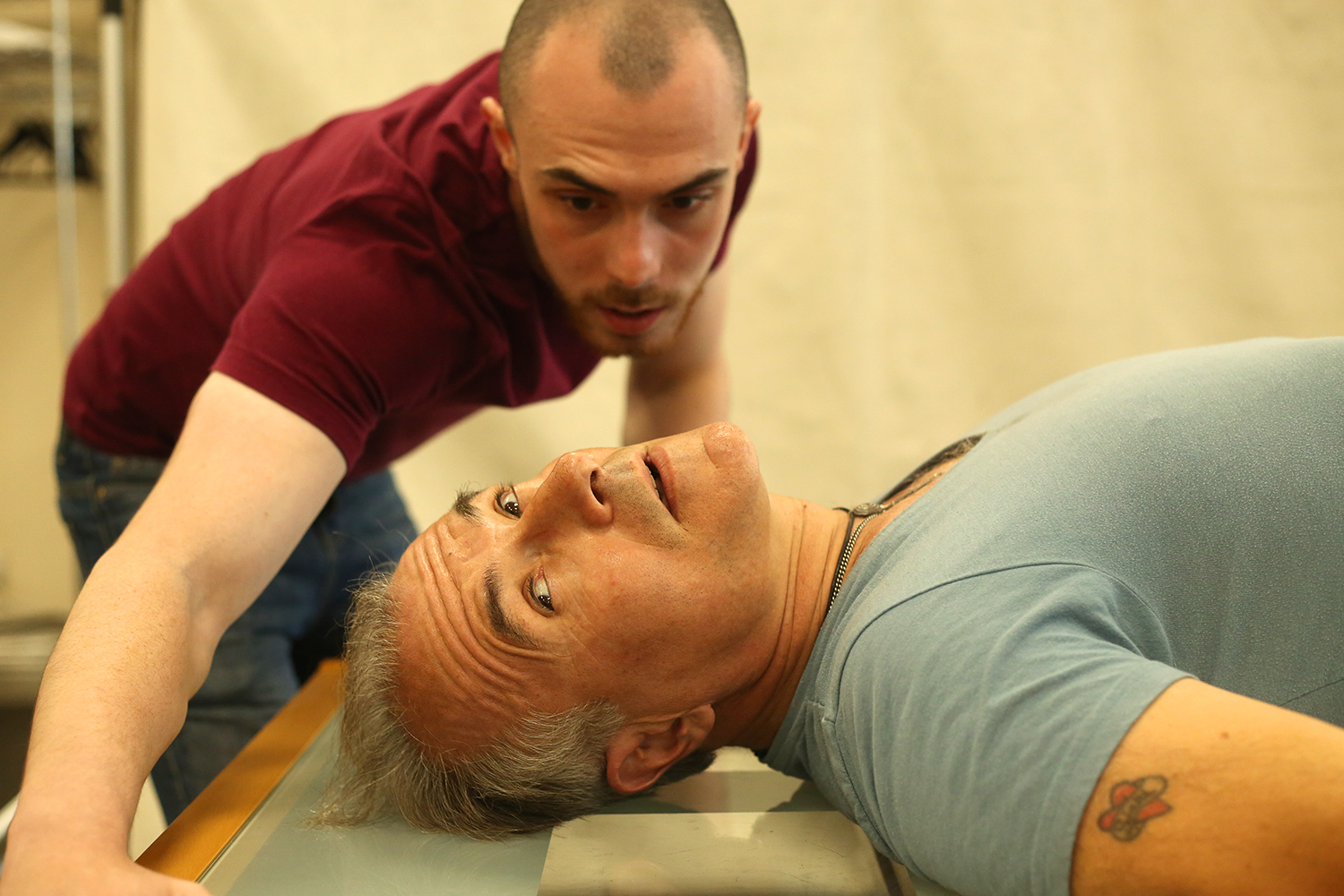 Share Play created from work with prisoners and young offenders in Wales premiers at Chapter With Friends...