Forced Entertainment has announced that after a successful run at Edinburgh Fringe last summer To Move In Time will tour the UK from 4 February.

The production, written by Tim Etchells and created in collaboration with Tyrone Huggins (Black Men Walking, Opening Skinner’s Box), will open in Cardiff on Tuesday 4 February and continue on to Sheffield, Birmingham, Exeter and Bristol.

To Move In Time is a monologue written by Tim Etchells for performer and collaborator Tyrone Huggins, in which an unnamed protagonist speculates playfully about what he’d do if he were able to travel backwards and forwards in time. From fantasies of changing the present, to obsessions with everyday events in the past, to dreaming up ways to get rich from knowledge of the future, the text is an unfolding compulsive thought process. In the end though, far from the science fiction of time travel it is ostensibly working with, To Move In Time concerns itself with questions of value and priority – what matters, what needs to be cared for and what can be changed.

An obsessive stream of consciousness tangled and contradictory, the work combines Etchells’ text with Huggins’ powerful performance to walk a line between comic absurdity and melancholia.

To Move in Time arrives at Chapter on Tuesday 4 & 5 February 2020. Tickets are available now. 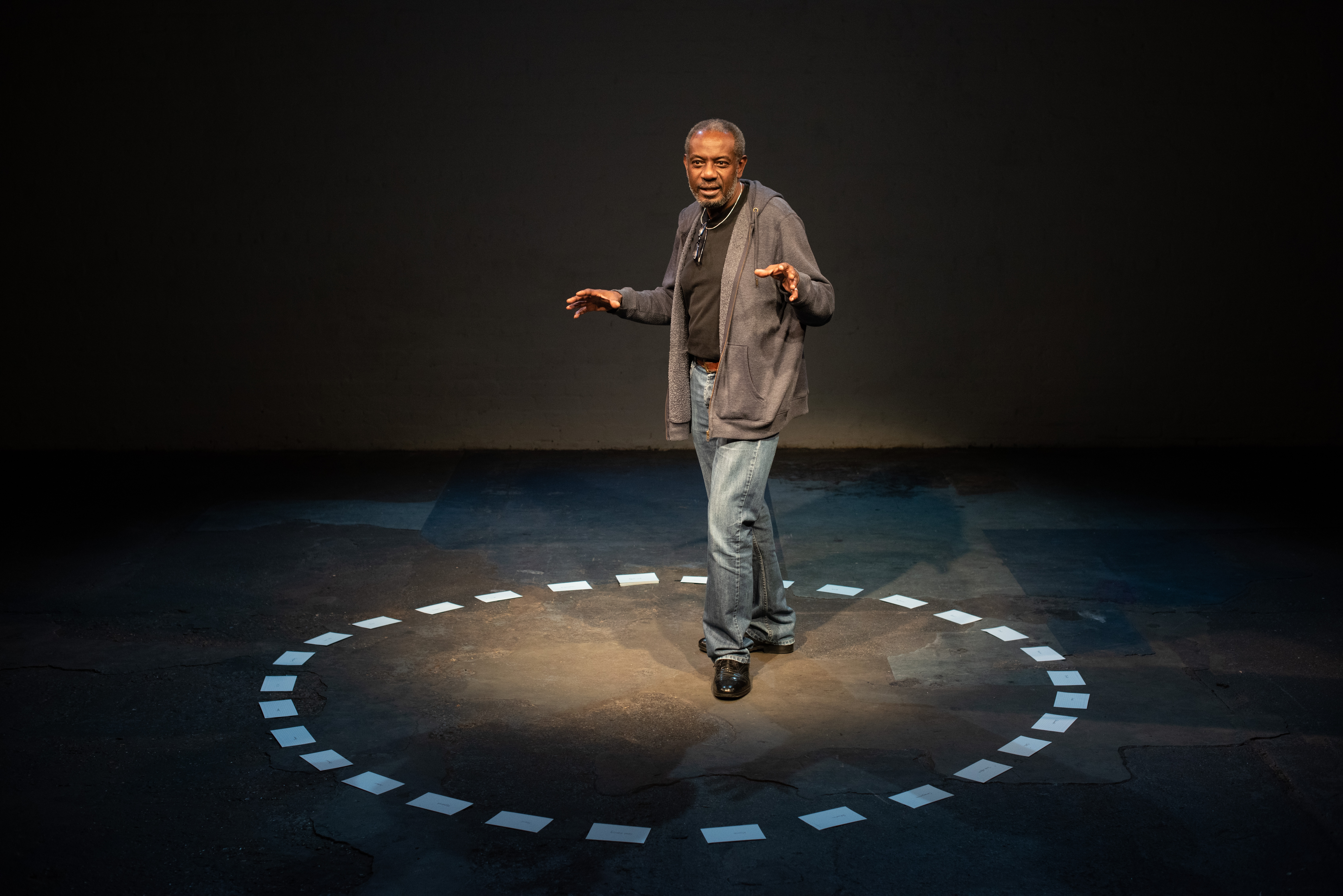 Share Tim Etchells’ To Move In Time begins its UK tour at Chapter With Friends...